Thus inevitably results in a significant difference in the material; when you face TPE to the silicone! This is probably the most important aspect of our comparison. The two materials are as different as day and night! First of all, the TPE is not a silicone and has nothing in common with the obvious and latent properties and properties of platinum cross-linked silicones.

TPE is to be understood rather as a solid foam (similar to a sponge, with micro-pores), which is molded around the skeleton in a hot casting, giving a model a realistic look. The skeletons are made with multiple joints and look consistent. TPE, when acting with this material, has been given the distinction of being flexible. It should appear to be very comfortable with simple sex and first contact and first touch.
Volver
Más sobre...
Informaciones
Formas de pago 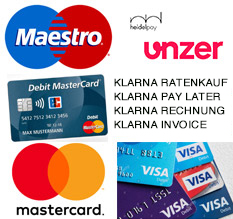